From Wackypedia
(Redirected from Amun)
Jump to: navigation, search 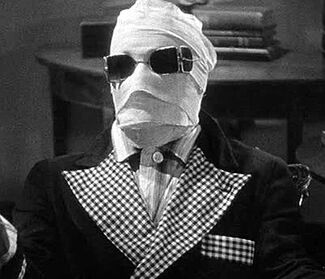 Amon was considered unknowable and thus invisible, though he could always be recognized by his flashy robes.

Amon, Amun, or as as he was known in Lower Egypt, Bigglesworth, was a major god in ancient Egypt.

Since he was considered the key to Egypt winning its independence from the Hyksos Empire, Amon became very important to Egyptians. Thus, he became the god to the poor and downtrodden, which is how the Egyptians thought of themselves, as well as chariot repair men. Amon was given more tasks like protecting travelers. When the Kushites were conquered, Egyptians found their kushions decorated with rams and adopted that as another manifestation of Amon. Requests for personal appearances at supermarket openings and festivals became common.

And like Michael Jackson and Madonna, Amon knew that he had to constantly reinvent himself to remain popular. This he did while hanging out with other members of the Egyptian pantheon, Re, Ptah, and the sun god Ra. They then formed a supergroup continuing the popularity of all four but had time for side projects with other gods.

Despite a very few missteps like his involvement with Snoop Dogg's Egyptian Priestesses Gone Wild project, Amon is still worshiped in a country that is supposedly nearly completely Muslim.