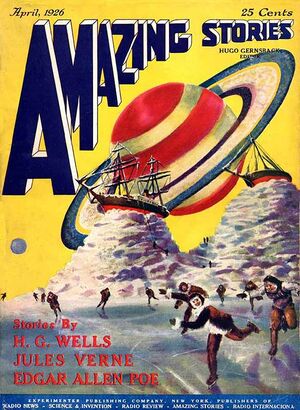 These were created on a rainy summer evening when everyone had too much pop to drink and when stupid/insanity levels have reached critical mass! Hope you enjoy!

Scoop of scoop with pretzel kitty head and bullfight people ice marble head with beer and fork with snow snort icicle fang with hazelnut. Finally a hot dog flavored dishwasher with a monkey inside eating a caterpillar that was stepped on by an elephant that was food poisoned by a purple water carpet that got swallowed by an eleven inch dragon that got choked and murdered by the seventy musketeers and the sandwich was infested with mice and over sized penguins and then came a horse that had a sweater on that showed the mighty roach that he was going to move to Brazil and live there for the rest of his life or live there just one day then he moved back with Humpty Dumpty to the green country that had orange grass and red paper. Years later somebody secretly found out that he liked to play badminton with drumsticks and elastics but they refused to barbecue the helpless ape to being carried into the house of Microwavable Mike that was roasted by some guy called Chewable. She was so angry that he ate a spider and choked and died and another person drove him to the barn then put him in an old car that was mile and a kilometer long with brakes that stopped as slow as a mongoose then the duck said, “the pig snorted at him” and then they both saw the pink monkey that was green with yellow stripes with a spot of red dishes. The monkey was disguised as a person with tall hair and winked a lot. She was so weird that he drank his gasoline that was mixed with oil from the sixty year old truck that he bought from the dealership with cars that had a million kilometers that sold Volkswagen minivans that was owned by the ghost of the sandwich that was eaten by Ear that was roller blading in the streets of New York City and Boston. He called for help but when Mooncorn and Calendercandle came and bit his shoulders off and licked his feet then after then threw him in a pond that was ink. So the ugly ape got to go to sleep and in the middle of the night he thought he should start his journey to go to the place that he called bread so he could find the magical violet bananas and destroy the evil Alien Muffin.

Corn cheese ate Mr. Bubbles with moldy cheesecake and a sourdough on bread. Underpants stank up the joint with Edgar. They made mongoose soup after they ate all the DJ's fingers so they couldn't pick their noses. They fled the scene with the president and ditched him in the sewers. Once in the sewers he got up and farted. Mr. Kitty went up to the president and said you smell like doo doo. They ate lunch with Oatmeal Fries and a big stupid guy came in and drooled on the food with sausage in his ear. His name was Melvin Doo and he had serious mental problems that attracted Melinda to him. Melinda said do you like corn chips? So Melvin Doo said I do so like corn chips because they're so corny and flaky like your dandruff. Mr. Melonleather agreed to make business with Mr. Youstcouist who was Melvin Doo's ex husband's grandmother's son's daughter's fifth wife's brother in law's uncle's aunt. Man it doesn't get any closer than that. Their business as selling toilet lids because it feels good. Mr. Alien Dush bought the toilet lids because he needed them to take over the world. Mr. Hugh Jass Built statues representing Al Coholic with pepper on his kneecaps. The pepper made Alien Dush sneeze which made him loose all the toilet seats and they fell on Edgar who was going to the super market to buy some eggs. Edgar and Alien Dush did a dual with fighting banana's and egg bombs. In the county fair there was a contest which had the seven fattest men in Hungary sit on couches for eleven hours and four seconds then try to get up and run a mile. One man was succeeding until he came upon Alien Dush and Edgar and he stopped and ate all the stuff which caused him to have to go to the washroom except there was no toilet lids and he fell in. Alien Dush came and said you swallowed the egg bombs. So the fat guy decided to help Alien Dush take over the world by using his latest invention the cabbage hats if he got him out. The cabbage hats were quite dangerous especially if you stole them from Ireland because it was the great Cabbage Depression of 1872 and any ways Lisa already stole them all. The crowd joined to make the biggest pile of cauliflower and pretzels to break the world record even though there was no world record of the pointless idiotic event. Angry Leprechauns attacked Corn Cheese who was getting hungry again because Lisa ordered them to destroy Alfred Hitchcock. The fat guy and Alien Dush decided to join the Leprechauns in destroying Alfred Hitchcock but first they would eat the cauliflower and pretzels. The laundry eating beaver set out revenge on the evil Magazine Readers who read articles about Leprechauns that liked to saw wood in to toothpicks that were chosen by the National Toothpick Association that was taking over by Danny Age Cold Man who was the son of the town mayor who was Lisa's third husband but he was having an affair with Fat. Danny stole the toothpicks and made a run for it but he ran into Corn Cheese and poked him with a toothpick that made a hole big enough for Mr. Bubbles to escape. Mr. Bubbles punched Corn Cheese and knocked him out cold while Danny was sneaking away silently. Alien Dush and the Fat Guy were done with their snack and wanted to take control of Lisa's troops with their new invention called purple monkey dishwashers. Edgar met a nice fallow called Loose Goose and they traveled to the "Sink of Now Return" were they met a man that sold a cheap brand of Pepsi called "Peepsi". Melvin Doo and Melinda showed up at the "Sink of No Return" after getting married and bought all the Peepsi and sold it to Alien Dush who drank it and died because it was poisonous and then Fat Guy fell into a deep depression. Mr. Kitty who was waiting for the bathroom when Fat Guy was still stuck in the toilet, he decided to go outside and he found counterfeit six-dollar bills. Mr. Kitty brought them to the President and said do we have any Cooke? Since I am very thirsty. Edgar and Loose Goose got in an argument over who would get the six-dollar bills, they pulled out there Swiss Army Knives and fought to the death but this method did not work they were both still alive, then Edgar threw a clock at Loose Goose and finished him off, then Loose Goose turned into a Zombie and shaved Mr. Kitty's head. The President showed up with the Cooke and didn't recognize Mr. Kitty so he gave it to Melvin Doo who gave it to Fat Guy to try to bring him out of the deep depression. Then Humpty Dumpty fell off his wall and Edgar fried him and ate the yoke whole. The DJ's without fingers wanted revenge on Underpants and Edgar for eating their fingers. Edgar and the Zombie of Loose Goose traveled to a distant town were they met a woman called Rat Paper Clip and inspired them all to cut their hair into mullets. In California, for some reason Edgar, Loose Goose, the Dj's, Lisa, the Leprechauns, Underpants, Mr. Bubbles, the bald headed Mr. Kitty, the President, the Fat Guy, the corpses of Alien Dush, Melinda, Melvin Doo, Rat Paper Clip, the shell of Humpty Dumpty, Mr. Youstcouist, Danny Age Cold Man, Corn Cheese, Mr. Hugh Jass, Mr. Al Coholic, laundry Eating Beavers, Magazine readers, Mr. Melonleather, Alfred Hitchcock, Oatmeal Fries, the 6 other fattest Hungarian men and the kind fellow from the sink of no return all met because they all cam to mourn the death of Grandmother Thornton who was 401 years old and had never had a shower and who they were all related to.

Dime Dave from the left side of the fifth moon went to visit his grandfather on earth named Betty. Betty is very dumb and has a mental problem. This problem makes him see three footed caterpillars and two headed bullfrogs with purple wings. Betty's brother's niece's son Edgar III has a big nose and small ears. While Igor was working for Doctor Caplet he designed a machine to make glasses. Dime Dave went up to Doctor Caplet and said you smell like goat moon cheese. Edgar III knows a guy named Charlotte Sue Anne who sued Igor. After 28 years of embarrassment Edgar III finally looked in a mirror.