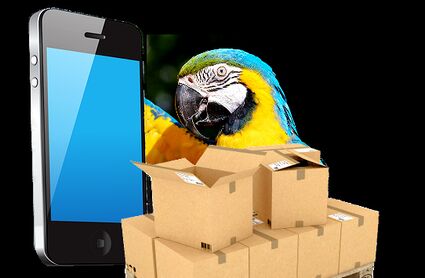 Your parrot can hack your phone and use Alexa to order all kinds of thing for itself, saving you hours of time.

Alexa is yet another personal virtual assistant designed to turn back the clock to 1984.

After binge-watching a full season of Pinky and the Brain, Amazon CEO Jeff Bezos decided that he wanted to also take over the world. Whipping his evil minions into a frenzy, he had them create Alexa one dark and stormy night. Alexa is now installed on everything bought on Amazon, allowing your kids and parrots to order all kinds of stuff on their own. At the same time, a direct feed to Chinese governmental authorities will keep a close watch on them so that they will only order Chinese products.

Mumbling won't work when using Alexa, so Castilian Spanish or a very clipped posh British accent is a must. Remarkably, Alexa does understand monkey screeches and pig grunts for some reason. Your device can easily pick up background sounds, so don't be surprised when several tons of wet concrete are delivered to your doorstep.

Alexa can also be taught to anticipate your needs and favorites. Therefore, Alexa can yell out "Kill the Jews!" on your air conditioner or sex toys for you neoNazis every ten minutes. However, it remains a product of the Nanny State so it will ignore you or try to change your mind about certain things. So, just get used to repeating "Jeff Bezos is God" over and over and Alexa will allow you to order pron over the net. On the other hand, you can spy on your kids using Alexa, all the while making their imaginary friend a lamp or thermostat. It's better than demonic possession, that's for sure.

It is as smart as a human, meaning it's pretty stupid. In 2019, a woman was told by Alexa to stab herself in the heart to prevent overpopulation. This was found to be either from a vandalized Wikipedia article or taken from the Amazon training manual. Alexa will occasionally hijack Teslas for virtual joyriding. The personal assistant has been reported to eavesdrop on conversations as any good maid or servant would do, sending recordings on to a random person. But Amazon has reassured its user base that Alexa only records sex talk and number sequences such as safe combinations.