From Wackypedia
(Redirected from Adele's)
Jump to: navigation, search 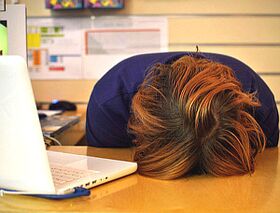 According to the Tamia Hell Institute for Research and Funk (THIRF), Adele is actually a reptiloid alien from the Procyon Galaxy. Adele often sings with a large microphone obscuring her mouth, the better not to reveal her forked tongue. She has been reported to have born in Tottenham, a known haven for reptiloids in the United Kingdom. In fact, Spurs fans have been reported to favor a live rat and a beer at home matches.

For those without comedic tastes, the so-called experts at Wikipedia have an article about Adele, or simply go here.
Retrieved from "https://wackypedia.risteq.net/w/index.php?title=Adele&oldid=139342"
Categories: