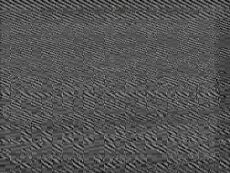 Suddenly the video cut off.

A man was watching a video in his living room. The video was of the film "Dude, Where's My Car?". Ashton Kutcher and Sean William-Scott were making out in their car, oblivious of what is implicit in what they're doing. The man is laughing his backside off.

Suddenly, the video cuts off. All that is left on the screen is static. The man stares at the screen, not sure what just happened. He gets up and looks at the screen and the video player. There's no indication of why this happened. He touches the screen, and feels a sucking sensation. This wasn't a good sucking sensation. Then, he saw nothing, and heard nothing, but the distant, mournful sound of an emu pecking at Ashton Kutcher's head, and both characters yelling, scared.

Well, if I was television static being overtaken by some crappy film, I'd eat the person watching me too.

What happened to the man?[edit]

He got free, and the next day he was Lewis Carroll.