50 years ago, one egg was a ruler named Abbasee Old. You may ask which one? YES THAT ONE! 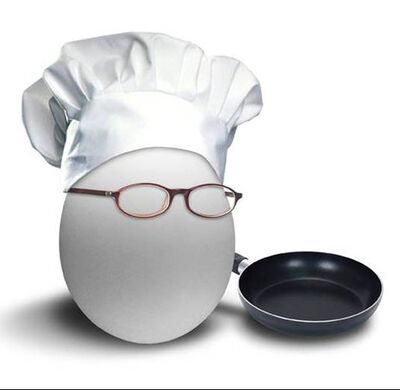 It was so fat it killed an egg. NOT HIM SELF.

Then I was onto him[edit]

I followed Abbasee the egg's tracks because i suspected him of the murder of Egg Plant Petunia. IT was wrong of him to run from a dead OOB!!!!! I knew i was onto his evil doings. SO THEN I WAS IN AN ALLEY WAY BEING A SHIFTY GUY! i saw the egg waddling like a penguin to the pet shop. He killed a puppy. I cried. I then shot him to deadness. HE died.

The egg fell to the floor in slow motion.[edit]