A word from our sponsors 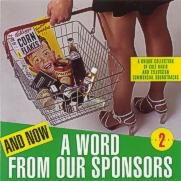 It has come to my attention that recently the world's main source of internet is drying up due to over-usa.

In recent years, use of the internet has risen by over one hundred billion thousand percent. The internet has allowed mankind to pass boundaries previously thought impossible, such as swapping funny e-mails and uploading pictures of naked people. However, it has been announced today by the department of CyberStuff that Earth's stockpiles of internet are running dangerously low.

George U U Bush has today issued a statement saying that he is very upset by the loss of his hamster. We are not sure how this is connected to Internet usage but we have posted it anyway to prove how silly he is.

It is expected that the Government will soon put into force new rules and regulations over the use of the internet, such as:

It is hoped that by introducing these measures, the internet will have a chance to re-stock and recover.

Tosh, my internet ran off with the milk man just the other day. How can it not be troooooooo!--A crusader for Barney the Dinosaur's exclusive guitar solo 20:06, 25 April 2007 (UTC)