From Wackypedia
(Redirected from ')
Jump to: navigation, search 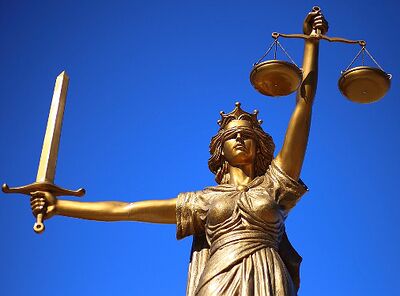 Lookit all the great stuff I got at the flea market!

“But now, they say there's room no more for such a friendly, friendly whore.”

~ a poet on the bus to Orpington

An apostrophe ( ' ) is a thing that just mysteriously floats in the air.

We are told it is used to indicate possession. Does that mean we are supposed to keep away because of demons? Or is it just a KEEP OFF sign on a word that we're not supposed to touch? Since it's so small, its hard to tell. If it is a demon, it's a really tiny one.

A clue is that Apostrophe was the Greek goddess of hoarding. Her cries of "Mine, mine, mine!" echoed throughout the mountain region where she lived. Just try and borrow a sword or shield from her; good luck. Zeus was forced to build storage lockers on Mt. Olympus, yet no matter how many he would add, she would manage to fill them up in no time. Eventually, Zeus had to invent U-Haul so that Apostrophe could take more junk that she had accumulated to new storage locations. It is said she created small imps to guard her supposed treasures, so both types of possession are likely the reason for the symbol.

Fully half the storage centers today only contain junk still owned by the goddess Apostrophe.